The third quarter was generally positive for developed market risk assets, as the world’s central banks provided more stimulus to fight the effects of the global manufacturing slowdown. However, it appears that investors are unconvinced that central banks will be able to maintain growth, with performance leadership shifting away from a ‘growth’ style towards ‘value’ and the traditionally defensive equity sectors of utilities and telecommunications outperforming.

This trend was also reflected in regional equity-market performance, although other factors also provided significant influence. In Europe, the central bank decided to restart its asset purchases, albeit at a smaller monthly pace than had been expected, while also implementing measures to support the banking sector. Furthermore, European Central Bank (ECB) President, Mario Draghi, drew a positive reaction by pushing for governments to pick up the stimulus baton by increasing fiscal spending, but which has so far been notably resisted by Germany, which is best placed to provide such impulse. In Japan, news that negotiations towards a trade deal with the US were making progress helped drive strong equity performance towards the end of the quarter, although market concerns remain about the effects of the sales tax increase due on 1st October.

The emerging markets suffered from ongoing trade uncertainty and a slowdown in China’s economy. Although China’s authorities continue to act to support growth through both fiscal and monetary stimulus, this is expected to support the domestic economy rather than deliver global reflation, as they seek to tackle structural headwinds facing the economy and this weighed on sentiment. US equities also underperformed, despite US corporate performance exceeding expectations and being stronger than that of other regions. This was largely because monetary policy developments disappointed, in context of the US equity market’s premium valuation.

In the UK, politics again dominated market movements, with Boris Johnson’s appointment as Prime Minister and his subsequent insistence that the UK will leave the EU on 31 October whether a deal is reached or not driving sentiment, and sterling, lower in July. There was a recovery after Parliament again demonstrated its aversion to a no-deal secession, but this was not enough to prevent UK equities underperforming over the quarter as a whole. Neither was a shift towards more supportive rhetoric from the Bank of England (BoE).

One beneficiary of the political and policy developments in the UK was the gilt market, which made strong gains as yields fell on greater monetary policy stimulus expectations and risk aversion. This was a broad trend across global sovereign markets and, notably, the ten-year German bund yield reached a new all-time low of just under -0.7%. Corporate bond performance was also strong, although it generally lagged that of sovereigns given the uncertainty surrounding the global growth outlook. One symptom of the strong performance of fixed income was that the global stock of negative yielding debt temporarily grew to $17 trillion, a sign that investors expect investment returns to be low for an extended period and underpinning our belief that equities continue to offer better value than bonds.

It was another bumpy month for risk assets as strong performance in July was followed declines in August as markets became concerned regarding the possibility of a US based recession. This had an impact on Levitas A which has a higher proportion in riskier equities.

International equities were once again the main driver of returns and again were assisted by a weakening of sterling towards the end of the period as the risk of a no deal Brexit intensified. Japan, North America and global positions all performed well with areas such as technology performing particularly well. UK equities generally performed slightly worse than developed global positions as markets remained wary of the political situation. There was a rotation in the quarter towards funds which favour a value bias to their investment approach which benefitted positions such as JO Hambro UK Equity Income and Aberforth UK Smaller Companies. The weakest performance came from Emerging Markets and Asia as concerns over global trade once again intensified.

In terms of attribution asset allocation was generally positive as the portfolios overweight to global and thematic positions as well as the US was positive with the majority of other positions broadly neutral. Fund selection was slightly negative primarily due to a couple of underperforming funds such as Scottish Mortgage which was hampered by its exposure to Asian technology and Morgan Stanley US Advantage which underperformed the S&P 500. Fund selection was more positive in regions such as the UK where our value focussed positions outperformed.

We made some changes to the portfolio over the quarter. The main adjustment was to trim exposure to Emerging Marks and Japanese equities – two regions we had been overweight. We moved the proceeds of these sales partly to cash but also to Asia where we are happy to maintain a more significant overweight. This is because we feel that key Asian countries such as China have much greater capacity to carry out significant stimulus measures if required. We have also looked to make minor changes in order to maintain cash levels within the portfolio as required.

It was a good quarter for the portfolio in both absolute and relative terms with the fund outperforming the IA 0-35% Sector.

It was another bumpy month for risk assets as strong performance in July was followed declines in August as markets became concerned regarding the possibility of a US based recession. Within Levitas B the outperformance of bonds helped to offset the portfolios overweight to equities.

International equities were once again the main driver of returns and again were assisted by a weakening of sterling towards the end of the period as the risk of a no deal Brexit intensified. UK equities generally performed slightly worse than developed global positions as markets remained wary of the political situation. There was a rotation in the quarter towards funds which favour a value bias to their investment approach which benefitted positions such as JO Hambro UK Equity Income

Within fixed interest global positions were the best performers helped by the weakening of sterling. Gilts also had a strong quarter, predominantly in August which represented the peak of concerns regarding the health of the global economy. UK Corporate bonds also performed well and property rallied following a sustained period of poor performance. Alternatives were also negative although this was primarily due to Merian Global Equity Absolute Return once again falling over the quarter.

In terms of attribution asset allocation was slightly negative mainly due to our underweight to gilts. Although our overweight to other sectors was more positive. Away from gilts fund selection was broadly positive as several assets within the portfolio outperformed respective benchmarks.

The main change over the quarter was to add a position in Royal London Short Duration Gilts – we very much regard this position as a highly defensive ‘cash-proxy’ that should provide us with the opportunity to take advantage of market movements should the opportunity present itself.

We continue to feel that we are in a mid-cycle rather than late cycle environment and maintain our strategic preference for equities over bonds. While we continue to watch for any macroeconomic changes, such as unemployment, inflationary pressures, credit stress and market volatility, we do not currently see the necessary synchronised conditions that would shift us away from our mid-cycle narrative. Domestic data in the US continues to support sentiment as shown by the resilient employment and retail data, with the former seeing the US unemployment rate falling to a five-decade low in September. Equally, we believe that the signals coming from the bond market (flat yield curves and temporary inversions seen during August) are not necessarily reliable indicators for recession. Instead they likely reflected the distortion from central bank action in their respective sovereign bond markets. In summary, we continue to see markets in mid-cycle not late-cycle, with an absence of sustained inflationary pressures providing room for central banks to maintain an accommodative stance.

This constructive longer term view on equities does not mean we are complacent about the risk of a correction, in fact quite the opposite is true. Year-to-date equity returns have been driven by increases in valuations rather than earnings growth. This increased multiple reflects market hopes around the pace and scale of central bank easing however we believe the market is now baking in too much accommodation which leads to a risk of a near term correction. The Federal Reserve, as the most important example, has been at pains to explain to markets through both Chair Jerome Powell and their forward projections, that they do not see the need for a sustained series of rate cuts. By contrast the market is expecting the Fed funds rate to fall to 1% by the end of 2020. As such we have been looking to maintain cash or cash proxy positions in case we do see a short term pullback.

The performance indicated for each sector should not be taken as an expectation of the future performance. Investors should be aware that the price of investments and the income from them can go down as well as up and that neither is guaranteed. Past performance is not a reliable indicator of future results. Investors may not get back the amount invested. Changes in rates of exchange may have an adverse effect on the value, price or income of an investment. Investors should be aware of the additional risks associated with funds investing in emerging or developing markets.

The information in this document does not constitute advice or a recommendation and you should not make any investment decisions on the basis of it. This document is for the information of the recipient only and should not be reproduced, copied or made available to others. 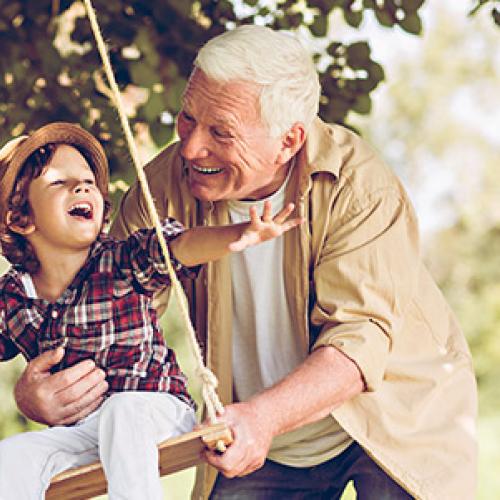 The Bank of Nan and Grandad

July 2020 Grandparents play an increasingly vital role in the economy – frequently providing childcare for grandchildren as well as making a more direct financial contribution. From paying for driving lessons… 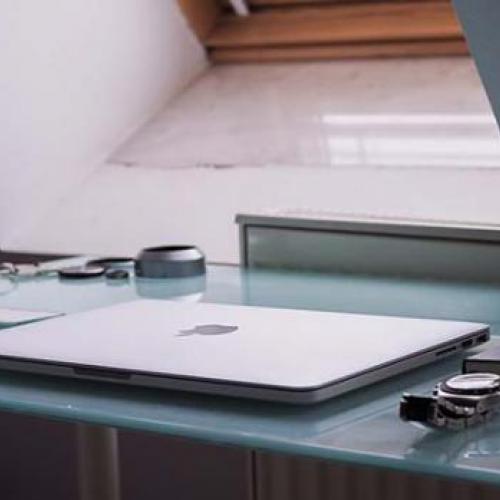 May 2020 We have always had a business continuity plan, which is regularly reviewed, to plan for interruption to our operations. Since the lockdown officially began on 23rd March we have tested and updated… 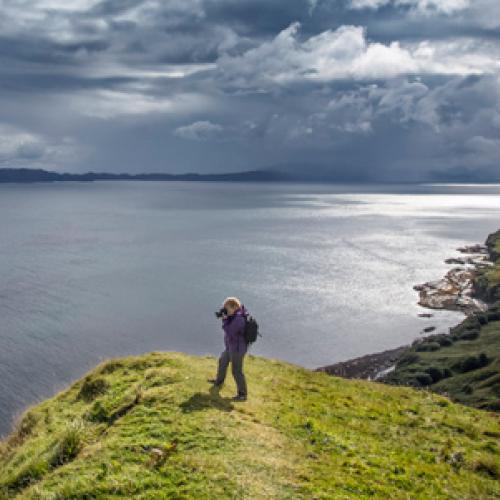 October 2019 When it comes to living more sustainably and ethically we have a good understanding of how to contribute: remembering to recycle, shopping locally to reduce food miles, using low energy light bulbs…

October 2019 Queens Speech Changes for pension schemes, divorce law and funding of social care were all included in the Queens Speech on 14 October. Now that a General Election has been called it is unlikely that…